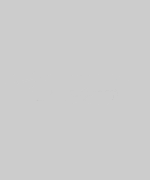 Though born at 'Calcutta' in 1965, Sarbani grew up at Kharagpur, in the sprawling campus of Indian Institute of Technology, (IIT) Kharagpur, amidst an abundance of greenery which was oft-visited by foxes, among other creatures, at night.She passed the ICSE from St. Agnes' School Kharagpur in 1981 and AISSCE from Kendriya Vidyalaya in 1983. After her BTech (Hons.) in Electronics and Electrical Communication Engineering from IIT, Kharagpur in 1987, she did her MS from the University of California, Santa Barbara, (UCSB) USA in 1989, majoring in 'Signals and Systems'.

Subsequently, she received her PhD from IIT, Kharagpur in 1994 . Before finally joining the Indian Statistical Institute, (ISI) Kolkata in 1999, she was a CSIR Research Associate at ISI, a visiting researcher at UCSB and worked on a Cryptography project also at ISI for some time. She has been a faculty member at the Computer Vision and Pattern Recognition (CVPR) Unit since 1999. Her research interests are in the area of Cryptanalysis, Signal Processing (especially Blind Source Separation) and Image Processing (especially Blind Quality assessment using Watermarking).

She worked as a convener in several national and internationally renowned conferences. She had been nominated to conduct and organize M.Tech (Computer science) entrance examination of Indian Statistical Institute for the year 2010-2011. Image and Video Processing by Elsevier and Digital Signal Processing by Springer selected her to review research papers for their journal.